VO2 Max: Not the Gold Standard?

In my article on exercise science in last month's CFJ, I highlighted the difficulty of scientifically determining optimal training methods. Most often, it is coaches working hands-on using a trial-and-error methodology that actually push the science ahead. Eventually, scientists notice that most coaches are doing a particular thing with success and then design a study However, coaches' practical, field-tested insights and clinical experience don't necessarily translate into the realm of scientific testing and study design.

I was recently contacted by a coach working with the Canadian National wrestling team. One of the wrestlers was competing in the 62 kg class, but the coaches thought that if he could drop down a weight class he would be able to medal at the Olympics. They wanted him to drop from 62 to 55 kg, but realized that he was, understandably, concerned about how he would perform after dropping over 11 percent of his body weight. So they wanted him to get a few weight-cutting practice trials in before he actually had to do it in ompetition. He was to act like it was a wrestling meet and cut down for weigh-in at 6 p.m., rehydrate overnight, and then go through some physiological fitness tests in the morning. 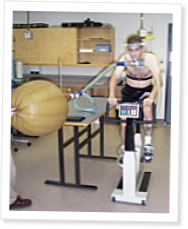 The Stretch-Shortening Cycle and Plyometric Training

Rest and Recovery in Interval-Based Exercise

I recently overhead a new CrossFit trainee mention that the kipping pull-up he was being taught was "kind of cheating." This is a very common response that shows that many people are unaware that… Continue Reading

Whenever the Workout of the Day on CrossFit.com requires rest periods of unspecified duration between exercise bouts, there are always many questions about it on the comments… Continue Reading