In the past six months or so I’ve noticed more conversations about how having a solid strength and power base really drives top performances on the CrossFit storms (the named benchmark workouts, also known as “the girls”) and some discussion on what is the best balance between strength workouts and circuit-type work, etc. I first came across CrossFit about three years ago and immediately began implementing ideas I learned from Coach Glassman and others in the CrossFit community into my job as the head strength and conditioning coach at the University of California, Riverside. With the strength and power discussions heating up and the recent emergence of the CrossFit Total, I thought I’d share an example of how I have incorporated CrossFit in the training of the athletic teams here at UCR.

This article describes the training that we on the strength and conditioning staff did with the position players on our baseball team during the fall off-season. (Next month, I will discuss the specifics of how we used CrossFit in training the women’s basketball team.) The pitching coach is very conservative, so the pitchers do a separate program consisting mostly of squats, some plyometrics, and medicine ball work. I will say, though, that out of seventeen pitchers, thirteen back squatted 300 pounds or more, with seven guys squatting over 350 pounds. 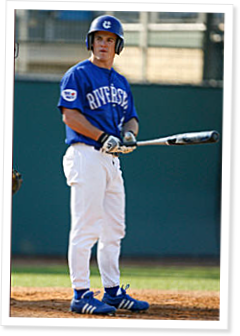 In my article in last month’s journal, I described our baseball team’s strength and conditioning training this past fall. This month, I will outline an entire year of our women’s… Continue Reading

The world’s best swimmers move through the water with grace, economy, and flow, while novices are awkward, clumsy, and inefficient. But the rest of us can learn to swim well if… Continue Reading

Since January, I've been on thirty-nine flights. The madness started with a writing assignment to cover cat skiing in southern British Columbia: ten days. Three weeks later, I… Continue Reading

Josh, congrats on your athlete successes this season, best of luck...i have implemented CF with similar "hybrid" ideas on individual athletes from various sports and also have found "carryover" of GPP into specificity..my fear was there as well that it would be lost.....
my question is....do you still maintain individuality for what each athlete/position/personality needs with %'s for each lifts and "schedules" based on the season per week...or do you think it may lead to some average scoring for middle of the road athletes b/c of the large numbers of athletes versus working one on one?

OPT
Here at UCR we beleive in team oriented workouts. The entire team comes in together and I take them through thier workout just like the coach puts them through practice on the field. Everyone is doing the same exercises at the same time with the same percentages and rest intervals. We feel that the benefits of the group atmosphere, energy, and commaderie developed out weighs the advantages of the small changes that would be made based on individual needs. With that said we do alter workouts based on injuries or other extreme circumstances. It is also in my opinion the most efficient way to run our program in that it allows us to best supervise the athletes training. It's tough to coach if you've got 20+ people in the wt room all doing different things. Also we have 350 student athletes and just 1 full-time strength coach and 1 part time strength coach. It would be tough to create and implement 350 individual programs with a staff of 1.5.

josh, makes sense...i have not been in that position of large #'s with one coach and one goal in mind and can see the benfits of the "team" atmosphere for that in mind...i.e. team oriented..thanks for your response...makes me think outside the box

First off, great article. However, I have one question. I was looking to try soemthing similar to the workout you have listed for December. My only concern was how did your atheletes preform on the crossfit storms as the were done following ME's such as power cleans, squats, and squat cleans? I am just not sure how well I will preform trying to do a workout like "Diane" after doing heavy squats. Thanks for any input.

One more thing. What is TUC (it is listed as a WOD on Wednesday a few times)?

pjminni
The guys did just fine on the storms after a 10-15 min workout on cleans or squats ect. Could they do better on the storms if they did not lift heavy right before? Probably. To be honest I'm not overly concerned with having great lifting numbers or great times on the storms...we use these things to make them better athletes/baseball players.
TUC "throwing up chunks" is a workout I got from Robb Wolf & the crew up there...
50,40,30 jumping chins, 2 arm swing, ball slam

Like this a lot. I have been using the crossfit mentality of GPP training geared towards specialized sports for a few years now and go about it the same way you do. I have used this with mostly high school, college and some ro baseball players in the DC area as I was a ball player myself; but, have geared it towards groups of soccer and lacrosse players as well. I firmly believe that bringing the groups together with the same workout, same rest intervals and percentages is a great way to boost team moral and support, as well as build a damn strong team.

Great Article. Really impressed on the way you implemented Crossfit to sport specific athletes, in this case Baseball Athletes. Question, What is the sequence you used for the Joe Mills Portion of the December Workouts? Did you just have them do squats and cleans? I know that the Joe Mills original workout has the snatch involved, but baseball players do need to watch their overhead lifting.