Why You Should Sprint Train by Tony Leyland - CrossFit Journal

Why You Should Sprint Train

Last month I talked about rest periods during interval training and said I would discuss high-intensity sprint and peak power workouts further. One of the things I talked about is the need for relatively long rest periods during short-duration, peak-intensity work that lasts less than 10 to 15 seconds. I also noted that when it comes to sprint workouts that train short, maximal-effort running intervals, many CrossFitters--always trying to push the intensity envelope--seem to want to reduce the rest period as much as possible.

However, this changes the focus and stimulus of the workout--and not necessarily for the better. We have all heard of "adrenaline junkies"; these athletes are "lactic acid junkies," harboring the misconception that unless you are close to a visit from Pukie, you haven't worked hard enough. Wrong. As I stated last month, it depends on what you are working on. Pure strength workouts generally don't get you to the state of lying on the floor, gasping for breath, feeling absolutely wiped out and ready to throw up, and neither should a sprint workout where the focus is really on sprint technique and high power output.

When you work predominantly type-2b muscle fibers using the phosphagen system, little to no lactic acid is produced. So, when you work on low-rep Olympic lifts, train for the CrossFit Total, or do short sprint interval work, you should not produce much lactic acid. 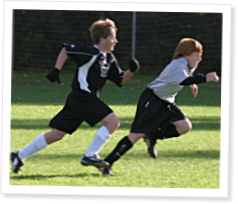 The Stretch-Shortening Cycle and Plyometric Training

I recently overhead a new CrossFit trainee mention that the kipping pull-up he was being taught was "kind of cheating." This is a very common response that shows that many people are unaware that… Continue Reading

I had planned to follow on from my November CrossFit Journal article on spine mechanics for lifters by discussing injury potential due to repetitive loading. In the November… Continue Reading

Do I understand it correctly that you recommend a 1:20 work/rest ratio with sprint training?

Thank you for your time and contribution(s) to the journal.