Strong people are harder to kill than weak people and more useful in general, Coach Mark Rippetoe of Wichita Falls Athletic Club/CrossFit Wichita Fallls writes in Strong Enough? an article that explores the relationship between strength and technique.

Strength is the ability to produce force. It is arguably the most important component in athletics. Strength is dependent on muscle mass, on the nerves that the muscles fire, and on the will of the athlete.

Both strength and technical ability are attainable qualities that respond to a correctly designed program. We refer to strength work as “training” and technique work as “practice.” Both produce improvement in roughly the same way: easy at first, harder as you get better.

What is the relationship between strength and its ability to be expressed through correct technique? Strength and technical ability are interdependent quantities. One does not exist without the other being present at some level. But it has been my experience as a coach that technique develops much faster than strength.

Technical ability is primarily a neurological and neuromuscular phenomenon. It is developed through basic instruction, repetition, correction, mental modeling and imaging, more repetition and correction, and then a diminishing amount of correction as the movement gets embedded and the “feel” for correct performance becomes developed. This usually takes a few weeks to a few months.

The development of strength, on the other hand, takes years. The processes involved in building strength involve muscle, bone, connective tissue, and endocrine systems as well as the neuromuscular system. The remodeling of these tissues takes time. Strength acquisition requires a much more profound change in physiology. 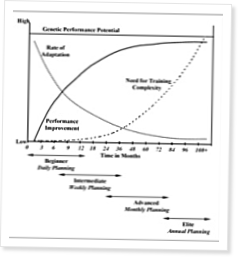 I learned to squat a long time ago. It was 1977, and I had just been in a little altercation that convinced me that I might need to be in a little better shape… Continue Reading

Mark Rippetoe demonstrates how to teach the press progression with a woman who has never before done the lift. This footage is taken from a Basic Barbell Certification Seminar… Continue Reading