Last year, Lee Smolin published a book with a most provocative title: The Trouble with Physics: The Rise of String Theory, the Fall of a Science, and What Comes Next. This title promises brimstone for the fire of creationism, and that should sell an extra few thousand copies.

If mathematics is the Queen of Science (borrowing from Mathematics: Queen and Servant of Science, a classic by Eric Temple Bell), then physics is the King. It has been the exemplar of science. So, has the revolution begun? 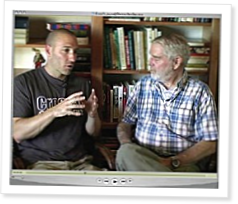 Science and the Rest Day Discussions

There is a lot of advice, information, and well-understood knowledge regarding the field in which I practice--strength training and fitness--that is just silly bullshit, writes Mark Rippetoe, co-author… Continue Reading

For some reason, I recently recalled a memory of watching Kickboxer, the… Continue Reading

CrossFit has become an integral part of the lives of athletes, coaches and affiliate owners. Dr. Allison Belger interviews CrossFit athletes from different walks of life to find out just… Continue Reading

I'd love to see more articles like this one.

I love Crossfit even more... It's not just for meatheads. Al Gore is a tool.

There will always be people willing to hear what they want to be told.