Operation Phoenix: The transformation of the original CFHQ, which had already spun off three affiliates in Santa Cruz, into a training ground for Marines at Camp Pendleton. StrikeFO (Paul Szoldra) created this third and final installment of the project. 16min 1sec 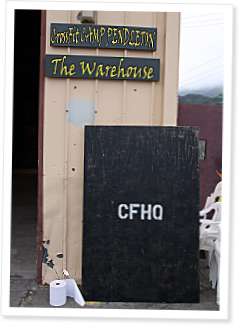 “I Can’t Let Them Grow Up Without a Dad”

This video tells of the birth of a CrossFit affiliate within the United States Military Academy at West Point, New York. It all began with a handful of cadets doing CrossFit… Continue Reading

“The thought was, ‘Oh my God, I don’t want to die,” says Jonathan Edwards. “The very next thought was my kids … . I can’t let them grow up without a dad.”

By Centurion CrossFit and CrossFit Lumberjack

The Army-Navy football rivalry is world famous. Just as fierce, though, is the Army-Air Force rivalry. On Nov. 7, 2009, the two football teams competed in Colorado Springs, Colo., and… Continue Reading

On Nov. 5 at 1:34 p.m., a terrorist named Major Nidal Hasan attacked fellow soldiers and civilians at Fort Hood, Texas. When the shooting ended, he had killed 12 soldiers and 1… Continue Reading

Simply awesome. Thanks, Coach, for all you've done directly for those of us lucky enough to be Crossfitters, and indirectly for all who benefit from your efforts to enhance our military and first-responder community.

Coach Greg and Lauren, how honored we all were to have been part of your beginnings here in Santa Cruz and to witness the transfer of CrossFit HQ to Camp Pendelton.

Those early years are treasured--the life-altering training and the incredible gifts you have given us of strength and endurance along with that important abiding inner CrossFit core that never gives up .

Greg, you have left us with your spirit of camaraderie, tolerance, encouragement, generosity, love for each other and your fiery brand of patriotism. By your example we have learned to never back down in the face of ignorance and to laugh at the annoying little glitches that life throws our way.

You are missed and loved. I miss Athena too, Lauren's homemade chili at the backyard Bar-B-Q's and the feeling of family that the two of you always inspired.

This video is truly inspiring. I know that I can speak on behalf of many military members in saying, we are all grateful for the hard work done by Coach and the entire Crossfit staff. The knowledge I have gained through instruction and this journal has changed my life and the lives of many of the Marines I have introduced into Crossfit. I can see a change in the Marines that "get hooked" on Crossfit. I see physical changes along with changes in attitude and in their state of mind.

From Marine Corps Air Station (MCAS) Yuma, I would like to thank you all for what you've done.