This is the fourth episode of CrossFit Radio that aired 8AM PDT on October 12th, 2008.

0:00 Show Intro
4:20 JJ on the wrestlers he coaches
17:20 Letter from Sean P (US Army Cavalry Scout) on the efficacy of CrossFit for soldiers in Iraq
21:30 Caity Matter (winner of the 2008 CrossFit Games) interview
38:20 Comments of the Week
43:30 Dave Castro clip on Outside Magazine's "Fittest Real Men in America"
46:50 Robb Wolf Interview 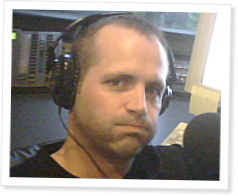 USA vs The World: Decisions That Made the Difference

On Saturday, Oct. 26, Team World entered the CrossFit Invitational in Berlin as the underdog, but the group pulled off an upset that surprised everyone—except its members.

“We want to win… Continue Reading

what's this about caffeine being healthy? that's news to me!
any references where i can verify this?

Daniel,
I was curious when I heard this myself. I just eliminated most of the caffeine from my diet about a month ago based on what I thought is the Zone recommendation, caffeine being one of the "food drugs.". "The Zone Diet guidelines instruct you to eliminate caffeine from your diet." I found a couple of articles (see links). I would like to hear more about this also. Is the caffeine in diet soft drinks comparable to that in coffee or tea?

Caffeine: a better drug to prevent heart disease than statins

These raise more questions than answers for me. What is the "official" Crossfit position? Mr. Wolf seems to be at odds with the Zone plan.

Did you guys hear anything more about the caffeine? I know I'm supposed to eliminate it, but that's my one sinful pleasure and I'm not budging from my coffee.

I guess to be technically correct I have to tell people that I'm Zone + caffeine, but I recall seeing Nicole in a couple of recent Cert photos clutching a Starbucks cup. Hmmmmm......

Haha! "Caffeine: a better drug to prevent heart disease than statins." ROFL! That statement is hysterical! Statins aren't the best comparison considering the host of side effects including a decrease in production and concentrations of co-enzyme Q10 and elevated liver enzymes. I think I'll pass on both!

Hey guys, how about ID3 tags on the podcast?

Daniel - Here is an interesting article by "Science Daily" on benefits of caffeine and exercise. The source is reputable.

Geoffrey - working on the tags, brother.

Caity Matter and Dave Castro on the same show! Will listen first thing in the morning!

You guys need to talk to Tanya Wagner CF APEX in PA she was a sleeper coming into the 08 CF games and she finished 2nd Place 10s behind Caity. Another insanely intense high level female athlete. Get in touch with her.

Mike,
Thanks for the tip. We would love to have her on the show. We will get on it.

Wanted to let you know how much I enjoyed the great interview with Robb Wolf on Episode 4. Thought the "ecstasy soaked beer binge at the Playboy Mansion" analogy was priceless. So true. Need to make the house pristine. Also, the .75 multiplier discussion was helpful. Thanks.

My zone headache lasts for three days. I assuage my sugar urges with a Zone Bar and a cup of 1% milk - 3 blocks. I also grill an entire bag of chicken breasts and fill up a bucket o' meat on Sunday afternoons to get me through the week at work.

I look foward to Robb's next interview.

BTW, I burn the podcast on CD and listen to and from work on my 4o minute drive. Only thing that would be cooler is to be able to subscribe to the show on iTunes.

This is the fifth year I have been doing crossfit with my wrestlers and have seen some huge improvements. Similarly I used to to some sprints/circuit training/distance workouts during season a couple of mornings weekly. i would like to see how you incorporate the strenght component in (if you do?) during season.