This is the 18th episode of CrossFit Radio, which aired at 6pm PST on January 9th, 2009. There was a technical snafu, and the show’s intro wasn’t recorded.

JJ was not on the show, as he was with his high school wrestlers at a tournament (they have been CrossFitting since the summer and beat one team 71 to 3).

Robert Foley has performed every main site WOD (and posted as rjf) since July 20th, 2007. That is over 400 consecutive workouts. Chris Mello just opened CrossFit Souix Falls, thereby removing the red diamond from the South Dakota listing on the Affiliate Blog.

The next show will be Monday, January 12, 2009 at 6pm PST. The interview will be Chris LaLanne (nephew of Jack LaLanne) of CrossFit LaLanne Fitness. 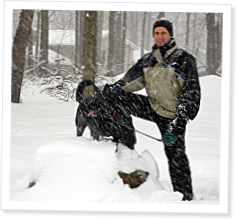 Ariana Grassi is a… Continue Reading

This is the 17th episode of CrossFit Radio, which aired at 6pm PST on January 7th, 2009. This is the second show of the new format. They are now doing three shows a week… Continue Reading