Anatomy is an intimidating topic to lots of people, but it is an important area of study relevant to many professions, including teachers of exercise. Previously, we examined how the recognition of body segment lengths that deviated from “normal” affected how a movement would look (Measure of a Man). It was our first step at developing an “eye” for coaching. In the next step, we will take a look at how we describe human movement in very specific spatial and directional terms and hopefully simplify them for easy use in teaching. After all, if you know something and cannot communicate it in a manner that the listener or reader comprehends, your teaching failed.

Orienting yourself to the body is important whether it is on a dissecting table, standing up, or in a convoluted exercise position. You have to know where the parts are relative to other parts, the earth, and to any implement used during the exercise. Anatomists have a nice set of uniformly understood terms describing just that. These will be necessary for the exercise professional to learn.

In this application of anatomy there are two tasks to be accomplished: An understanding of the anatomical nature of the movement, what is actually occurring, and where it is occurring in order to detect segmental deviations from a reference standard (the prototypical example of good technique), and an ability to convey anatomical feedback to your trainee in a vocabulary that is understandable to them. The former point is science applied to exercise; the latter is at its core part of the art of coaching. Failure to accomplish either makes for a less successful coach or trainer. 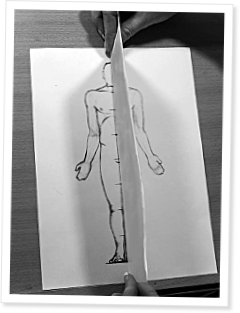 Have you ever thought about what it is exactly that drives improvement in aerobic work capacity? If you are like most people you probably haven’t really felt compelled to ponder this… Continue Reading

CrossFit makes my brain hurt. Coach Glassman has established a training model for developing fitness that works, and works well. However, the program and its results cannot be easily… Continue Reading

The Most Powerful Human Being in the Entire Universe

The Measure of Man

For some people, hearing the words "the most powerful human" conjures up images of a spandex-clad superhero oozing muscles and capable of incredible feats of… Continue Reading

Well someone should say something about this.

Lon,
This was an excellent primer in movement. I've seen the value of "speaking the same language" in terms of anatomical position as others in our industry. It never hurts to broaden knowledge and skill-sets.

If this had been the manual for the anatomical positions/movements section of my ACE certification exam (This was many years ago now), I wouldn't have been so pissed off trying to memorize it all.

You have made a subject most have to learn by painful rote come alive with your unique illustrations and lucid text.

How could anyone forget the anatomical position after seeing that sweet little boy assuming it and then relaxing, plus you left no doubt about abduction and aduction with those emphatic Yoga moves!!

I think that Gillian expressed very sincerely [most recent video]what all trainers and serious CrossFit athletes should feel when she said: "I want to understand my movements---anatomy and physiology in terms of the WOD." and "I don't think I'd be the athlete that I am without understanding."

Thank you, Dr. Kilgore, for a great introduction to movement.

In figure 3, please explain how the tarsal bones are proximal to the ankle joint.

Good article, but I echo David's confusion about Figure 3.

Also, on page 4, fifth paragraph, I'm confused about the axes. How can the top-to-bottom crease and the pen both represent a frontal axis?

John Pg 4 paragraph 5- the Pen represents the sagittal axis as the body moves (rotates) through a frontal plane.