Thirty-two men and women made it to Day 2 of the CrossFit Games. Mike Warkentin of the CrossFit Journal takes a closer look at these elite athletes and how they got to Aromas.

The CrossFit Games champions have been crowned, and you’ll be hearing a lot about Tanya Wagner and Mikko Salo over the next year.

A host of other elite athletes turned in similarly outstanding performances at the Games, perhaps setting themselves up for a run at the title next year. What follows is a closer look at the top 16 male and female competitors who distinguished themselves at The Ranch.

Find out what sport many of the male competitors played in college.

Which two female athletes are related?

Who celebrated a top 10 finish and a marriage less than a week apart?

Which qualifiers produced the most top athletes?

What happened to some of last year’s top competitors? 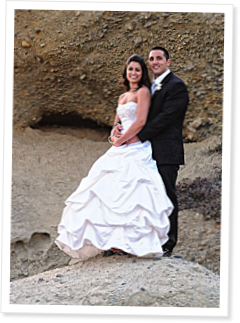 As preparation for the 2009 CrossFit Games continues, Mike Warkentin takes you behind the scenes at The Ranch in Aromas, California.

The list of gear presently at The Ranch includes… Continue Reading

As a non-attendee of the games, I like these blurbs!

I'm not surprised about the statisticians results. Being heavier should help with the high weight lifts (more muscle mass,since obviously these guys aren't fat). Being taller also helps with the DL and snatch due to longer levers/higher starting position. But those same heavy guys will struggle on those dynamic, mostly bodyweight-exercise chipper workouts. CLASSIC CROSSFIT!

I am a little surprised at how well the 'heavyweights' (200+lbs) did this year. Although, Khalipa won last year and he's a big (and now married, congrats!). The videos throughout the year seem to be dominated by little guys doing amazing feats - or perhaps that's my imagination.

And lastly, way to represent Canada!!!!! So many Canadians did well! Pretty much anyone who breaths OPT's air seems to be fit.

One of the big stories from the Games is the emergence of centers of excellence: OPT in Calgary, CrossFit Central in Texas, and the bootcamp in Iceland. In the weeks to come, look for detailed coverage on exactly what these folks are putting into their koolaid -- and what they rest of us can learn from them.

Another good article with some big props to the gang up here at OPT/CFC.

There's no way James let anyone down; the man had to dig in and train for the hardest CF Games to date in about 6 weeks. Even then he was fully in contention when his battered body broke down and couldn't go on. James is such an inspiration to us all and the proof is in the pudding; we're already focusing on the 2010 Games...

Seriously folks, OPT is the man.

James, you are an inspiration to all of us. You could never let any Crossfitter down.

The top 16 were the best of the best. Thank you so much for this article. I look up to each and every one of the 32 athletes that made it to Sunday.

Shout out to Central,

Lindsey made a lot of amazing strides while training with our friends from CrossFit Central after the Hell's Half Acre qualifier. We made frequent weekend trips to Austin from Houston. That should be an indication of their excellence and her dedication to it.

During the week, we did most of the work in our Garage/Park/or my old Jesuit Prep School (bumper plates). Come Friday, we were usually on the road. Crystal, Carey and she pushed each other like you wouldn't believe. The three finishing in the top ten is a result of that. Even the spouses of the CrossFit Central crew are all fire-breathers!

Congrats to CrossFit Central. Let's not forget Lance Cantu...he was there representing CFC in the individual competition. Few people know what serious injury he had to overcome in the leading weeks, just to perform. He couldn't lift/pull/push much of anything in June.

So again, props to CF Central. It just shows that a person's affiliate doesn't have to be down the road. JT and Carey coach more than elite fitness, they stress the importance of mental strength and heart.

I hope I make it in the comparisons this year but good article.