By Centurion CrossFit and CrossFit Lumberjack

On Nov. 5 at 1:34 p.m., a terrorist named Major Nidal Hasan attacked fellow soldiers and civilians at Fort Hood, Texas. When the shooting ended, he had killed 12 soldiers and 1 civilian and wounded 43 others.

This workout, which took place on Saturday, December 5th, 2009, was in honor of these soldiers, one month after the murderous rampage. Affiliates and CrossFit athletes around the world worked out together in support of the families of the fallen.

This two-part video by CrossFit Again Faster is from the event that took place at Fort Hood on that Saturday. Part 1 has interviews with Captain Jim Pence and Lt. Col. Pete Andrysiak. Part 2 has an interview with Major Donald Clarkson of Centurion CrossFit.

We are asking the CrossFit community to make donations in honor of these soldiers at cflumberjack.org. 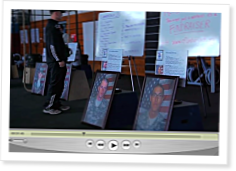 On Aug. 28, 2009, CrossFit founder and CEO Greg Glassman made an appearance on Fort Hood TV during a visit to the U.S. Army facility in Texas. Coach Glassman was invited to speak at… Continue Reading

This video tells of the birth of a CrossFit affiliate within the United States Military Academy at West Point, New York. It all began with a handful of cadets doing CrossFit… Continue Reading

CrossFit Fort Vancouver has more to offer than a 2010 CrossFit Games Affiliate Cup win. Every couple of weeks the affiliate brings a group of soon-to-be soldiers to CrossFit as part of the … Continue Reading

Thank YOU for calling that @#$#@ a terrorist like he is.

I am working to start a non-profit military affiliate. If you have any information about what it takes to set up, start, and run a mil-affiliate please contact me. Check out the link below.

Thank you for your time.