4:05 Juan Valentin is the general manager for the Special Operation Forces Wounded Warrior Athlete Program. He came on the show to discuss how the program was founded, and he explained the many ways it supports elite soldiers who want to use CrossFit to aid their recovery. He described how 9Line helps to facilitate that support. Juan, a wounded SOF soldier himself, described some accomplishments these warriors have had since being injured and how CrossFit has played a major role in their achievements. For more info about 9Line and its programs, read Athletes—Always by Russell Berger.

28:30 Rich Froning Jr. came on the show to talk about the Team Rogue Vs. Team Again Faster Throwdown that recently took place in Tahoe. He described the atmosphere and what it was like to spend time with such incredible athletes and individuals, and he gave his thoughts on competing on a team as opposed to on his own. Rich talked about the injury that prevented him from competing in the CrossFit-USAW Open and explained how his training is going for next year’s Games. And yes, he also talked about his prowess on a climbing rope. 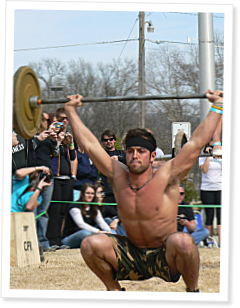 On Episode 183 of CrossFit Radio, host Justin Judkins interviewed Chris Pace, who is doing a fundraiser for The Disposable Heroes Project. He also spoke to 2011 Reebok CrossFit… Continue Reading

On Episode 178 of CrossFit Radio, host Justin Judkins interviewed Auvie Kincer, one of the organizers of the Afghan Games, and Aja Barto, who just won the South Central Regional… Continue Reading

Why haven't these been updating on iTunes (no download since 10/13)? I know, I know, I can just download them here, but it's easier to just wake up in the morning and they're automatically in my Podcasts! :-)

Sorry guys. We are having technical difficulties and the broadcasts will be back up in Itunes ASAP. Past episodes will be replaced, of course. Robert, I know Itunes is more convenient but in the meantime, you can download the shows through the Journal. Thanks for listening!