On Episode 182 of CrossFit Radio, host Justin Judkins played an interview that Paul Southern did with Matt Chan. This episode also features several of the 2011 Reebok CrossFit Games athletes talking before and after the swim test at the pool adjacent to the Home Depot Center. This episode was webcast live at 6 p.m. PDT on Wednesday, July 27, 2011.

1:55 Paul Southern interviewed CrossFit Verve owner and 2010 Games fourth-place finisher Matt Chan. Chan discussed his outlook for the upcoming CrossFit Games and how he’s trained and prepared this past year.

31:15 Several of the CrossFit Games athletes give their perspective on the first event of the competition. They each talk swimming and CrossFit and how the two are tied together. 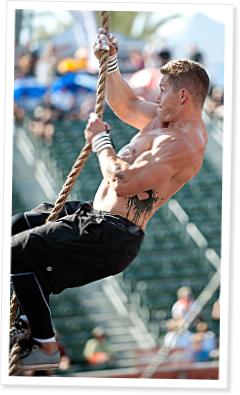