The WOW (Workout of the Week) is from CrossFit Will County in Oswego, Ill.

4:10 CrossFit Catalyst owner Chris Cooper has written articles for the CrossFit Journal about how people with multiple sclerosis have been using CrossFit to help rewire the body. Cooper’s research has led him into the field of athletes with brain damage, and he talked about some of his findings and a few of the athletes he’s currently helping. The affiliate owner has even written a book on the subject. He explained how CrossFit Catalyst is also helping in several local schools and gave advice for gym owners looking to partner with educational institutions.

Cooper described some of the mistakes he’s made as an affiliate owner and how they actually turned out to be positives in the long run. Additionally, he talked about the pros and cons of having an MMA group in the same building as his affiliate, and he explained a few of his programs that have proven to be beneficial for his members, such as Ignite Academy and The Conqueror Series. Of particular note to affiliate owners, Cooper shared some of the best practices he has developed over the years. 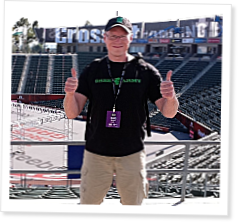 On Episode 322 of CrossFit Radio, host Justin Judkins interviewed Irving Hernandez, who posted the top score on Open Workout 14.2. Also on the show was Gavin Turner, an athlete… Continue Reading

On Episode 321 of CrossFit Radio, host Justin Judkins interviewed both ladies that will face off against each other for Open Announcement 14.3 in New Orleans… Continue Reading

The feed to ITunes is still not functional...just letting you know...

thinks its fixed now for me in iTunes, thx

Problem seems to be fixed in iTunes as well -- excellent!!! I was able to get this episode and episodes 213 and 212 without any problem. Thanks to HQ for getting this fixed!

yessss its finally fixed on itunes! thank you thank you!

@Justin. Good luck recuperating from the hernia repairs. I had one done a couple of years ago, and even with heavy lifts over the past year since I've started CF, it's never given me a problem. You'll feel back to your old self soon.
B