The Words of Wisdom are from a CrossFit Verve article on post-WOD nutrition:

4:35 Jay White is a former pro MMA fighter who recently started CrossFit. He explained the similarities and differences between MMA and CrossFit training, and he described what it was like to train with Randy Couture for three years. White talked about how he found CrossFit and why he’s drawn to compete, and he said would like to compete at the highest level possible. He described how CrossFit culture and community are like nothing he has ever seen before, and he’s now signed up to attend a Level 1 Seminar so he can start coaching.

28:00 It’s always refreshing to find someone who’s main focus is chasing excellence. CrossFit Matters owner and head coach Jim Caskey understands that if he is an excellent coach and helps others attain fitness, everything else will fall in line. Caskey came on the show to explain some of his philosophies, including how he will never allow more than 12 people in a class. He described how he tries to improve as a coach and shared some of the best lessons he’s learned over the last three years. Caskey also talked about his nutrition program, “Nutrition Matters,” and why it’s been so popular with his members. 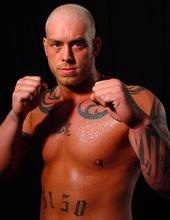 Jay White! Holy crap I remember rolling jiu-jitsu with him 10years ago! Glad he's doing crossfit now. He was scary enough to roll with before. :)