On Episode 287 of CrossFit Radio, host Justin Judkins interviewed two podium finishers at the CrossFit Games. Both Valerie Voboril and Ben Smith finished third in the competition that ended July 28. This episode was webcast July 31, 2013.

2:46 In 2013, Valerie Voboril took third at the CrossFit Games, equalling her best previous finish (2010). Voboril spoke about how she took care of her body between events and why it helped so much, and she detailed how she was able to come back from finishing 19th, 23rd and 23rd in the first three events on Day 1. Voboril’s training volume is lower than that of many top athletes, and she described how she makes the most of her limited training time with efficient and intense sessions.

26:27 Ben Smith also placed third at the CrossFit Games for the second time, matching his finish in 2011. He gave his thoughts on the 2013 events and explained how he stays strong mentally throughout an event and an entire competition. Smith said he doesn’t look at the standings but did know he was in fourth going into the final two events, and he explained how he was able to cement third place by finishing second and fourth to close out the day. Finally, Smith talked about how he balances training time with owning and running CrossFit Krypton. 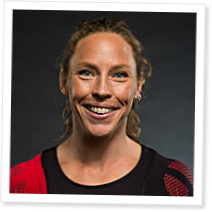 Is there any word on fixing the iTunes podcast feed?

Justin you do such a fantastic job of putting the content together but your IT people are really letting you down.

There is no excuse for posting such a HUGE file - someone needs to run it through some compression.

Wondering about the podcast myself. Don't really get a chance to listen since it's been down. Most if the time it was on my phone or iPod when I was on the go.

All I get on the screen is:

Video can't be played because file is corrupt

I have been in communication with the IT experts and they are working on fixing the problems. Come to find out the person who wrote the original code for the RSS feed on iTunes is no longer with the company so we are basically starting from scratch. We are working on it so please be patient. We will have it all straightened out soon.