In December 2013, CrossFit offered its first women-only Level 1 Seminar. It was two days in Dubai that hinted at rebellion, equal rights and a movement still at its infancy. Andréa Maria Cecil reports.

Abeer Al Khaja was visibly excited as she introduced herself to CrossFit Inc. Level 1 Seminar Staff in late December 2013. It’s a scene that plays out every weekend inside CrossFit affiliates the world over, but at Reebok CrossFit LifeSpark in Dubai, United Arab Emirates, there were some distinct differences.

For starters, Al Khaja was wearing an abaya and a sheela—the former a long-sleeved, floor-length robe and the latter a headscarf that also covers the neck. A white curtain hung between the room where attendees sat for lectures and the larger space with a pull-up rig. Just to the left of the curtain was a piece of white paper that had “Ladies Only” written on it in red marker.

The seminar was a first for CrossFit Inc. Until then, the company had never done a private, females-only Level 1 for covered women.

Reebok CrossFit LifeSpark owner Candice Howe, a British citizen who grew up in the UAE, said the fact this Level 1 happened was “huge.” 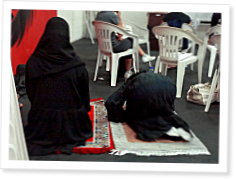 In this two-part series, Andréa Maria Cecil explores women in sports and what supporters and critics have to say about the contentious Title IX legislation. In Part 2, Cecil investigates the… Continue Reading