“You're going to have to trust me here. Get out of your car, and I’ll drive it. Promise I won’t steal it.”

It’s winter in New York, New York. Jarrett Perelmutter has interrupted his coffee run to help a stranded motorist: A Ford Explorer is stuck in the filthy snow outside a laundromat. Sockless in his trademark golden shoes—leopard-print Chuck Taylor knockoffs this time—Perelmutter pushes the truck, jumps up and down on its rear bumper, and digs through the frozen slush with a borrowed shovel. Finally, he commandeers the vehicle, rocking it forward and backward, missing other cars by fractions of an inch. After 20 minutes, the Explorer is free, and the owners peel away into heavy traffic.

“Courtesy of Brick CrossFit!” he calls after them.

The face of Brick CrossFit NYC, “J.P.” is a six-time world kickboxing champion who has won battles with his fists, feet and brain. He’s persuasive, and he can even coax cynical New Yorkers out of their cars. In the ring, Perelmutter never faced anyone he couldn’t beat.

But Manhattan could be his toughest opponent yet. As Perelmutter and other affiliates are learning, you can’t fight city hall. 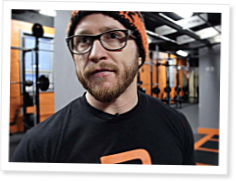 Locking It Down: Part 2

Proponents of regulation fail to recognize the barriers to linking personal training to health care and third-party insurance payments.

As detailed in “Locking It Down,” the benefits of legislated licensing for… Continue Reading