The District of Columbia has paused enforcement of its law requiring licensure of so-called “personal fitness trainers” while it hammers out the details of what, exactly, it’s requiring.

First introduced Feb. 28, 2013, the legislation went into effect March 26, 2014. D.C.’s Department of Health oversees its enforcement. But, as Rayna Smith understands it, the agency is “very, very much behind in getting those regulations out.” Smith is committee director for the Council of the District of Columbia’s Committee on Health and Human Services, the committee that will spearhead any changes to the measure.

When it came to the licensure and regulation of athletic trainers and personal fitness trainers, there were “a few issues with some individual entities that wanted changes,” Smith said.

Smith said everything is up for debate, from the process of registering with the mayor’s office and the amount of the required fee to whether the two professions will remain under the purview of the Department of Health’s Physical Therapy Board.

“Nothing is necessarily off limits.”

Thus, the council will “double back,” she said, so “everyone gets a fair say in the process, especially if it’s going to regulate their occupation.”

CrossFit DC owner Tom Brose, who has been managing gyms for nearly a decade, had his own analysis: “So basically they made a law that they don’t understand.” 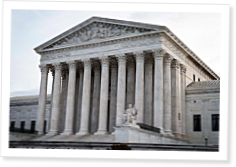 Like the video explaining what Crossfit HQ is doing to question, correct, & reveal the improper manipulation of data, & the misinformation being published by the ACSM & the NSCA, there needs to be a coordinated effort to stop actions like those proposed for the city of Washington, D.C.

The comments I posted for the video apply here as well: Does anyone wonder why there are so many people who do not trust science? This situation sounds just like that pushed for decades by the American Heart Association, the USDA, and other organizations informing us about proper nutrition. If you haven't read "Why We Get Fat" by Gary Taubes or "The Big Fat Surprise" by Nina Teicholz you will find an expose' of the fraudulent manipulation of research data about our diets for over 40 years.

Has anyone at Crossfit thought of trying to discuss this issue with the Chronicle of Higher Education? An article there explaining what is happening might open the eyes of many academics.

It would also help if Crossfit would let affiliates, and all who believe in the program, know which states are proposing licensing legislation & the bill names & numbers. Many organizations provide their members with talking points, names & addresses of legislators, and guidelines for speaking with their elected officials. Public comment by Crossfitters to these legislators can go a long way in educating them & changing their understanding of the issue. Because, unfortunately, elected officials are often the least knowledgeable folks about the issues on which they support legislation.

This is interesting legislation. As a CrossFIT trainer, I worry that new regulations will have a huge impact on us especially if a 4-yr degree is required. I would hope if something like that gets implemented that they do so working in tandem with Health Insurance agencies and perhaps have insurance coverage for people who begin training.

After becoming a CF coach, I became inspired and ended up doing my degree at a local university. I was never trained by CF to be a personal trainer or taught any anatomy, so I thought it would be necessary to do that. I may be in the minority in our community, but I think there is some good that might come from this.

I know most of my classmates during the L1 Course were like me and have know schooling in fitness other than just learning the exercises and practicing WODs. I think we would get more respect from others in our industry if we had a part of our training for CF to include more education. I know a lot of great CF instructors that I've worked with, and they teach CF well, but I've seen them field questions from clients that they had no right to attempt to answer or give an opinion on. So I guess I'm 50/50 on this.