By David Israel and Barry Napier

David Israel and Barry Napier of CrossFit Felix explain how little things can make or break your business.

Have you ever seen the number of potential members at your box dwindle? Does your membership seem to bump up against an invisible barrier?

If so, you might be suffering from the broken-window effect. It relates to the broken-window theory, first tested by Stanford University psychologist Philip Zimbardo in 1969 and later described by George L. Kelling and James Q. Wilson in a 1982 Atlantic Monthly article titled “Broken Windows.” The theory is based on a widely used example:

“Consider a building with a few broken windows. If the windows are not repaired, the tendency is for vandals to break a few more windows. Eventually, they may even break into the building, and if it’s unoccupied, perhaps become squatters or light fires inside.”

Here’s the thing: Many gyms are guilty of creating proverbial broken windows. You can see them if you know what to look for. Walk into an unkempt gym with fresh, open eyes. What might you see? 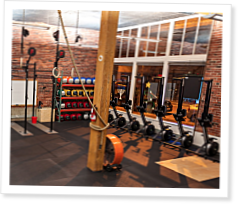 Members of the CrossFit community explain how they cope and heal after losing a coach or member.

At Kitsap CrossFit, Moani Daniel was known as reserved but friendly, a hard worker who never… Continue Reading