It was just one short paragraph, but those five sentences have become the basis of two lawsuits.

The peer-reviewed study “CrossFit-Based High Intensity Power Training Improves Maximal Aerobic Fitness and Body Composition” was published November 2013 in the Journal of Strength and Conditioning Research, the official journal of the National Strength and Conditioning Association (NSCA). Among other things, the authors stated 16 percent of 54 CrossFit athletes from CrossFit 614 in Columbus, Ohio, were injured during a 10-week study about high-intensity training. Ohio State University (OSU) administered the study.

Although the study also concluded CrossFit improves VO2 max and body composition, these conclusions didn’t become the focus of other articles that were written and splashed all over social media in the following weeks. The media focused on one statistic: the nine athletes (16 percent of participants) reported to be injured and unable to complete the testing.

In March 2014, Mitch Potterf, owner of CrossFit 614, filed suit against OSU, alleging academic misconduct. Potterf and his lawyer, Ken Donchatz, have collected statements in which every single athlete in the study swears he or she did not get injured. Potterf and Donchatz believe this evidence will help them win the case.

CrossFit Inc. has also taken legal action against the NSCA in a complaint filed with the United States District Court for the Southern District of California.

In possession of evidence that would clearly invalidate the injury rates reported in the OSU study, Potterf waits as legal process runs its course and critics throw the statistic around any time it will help an argument. Other affiliate owners and athletes sympathize with Potterf. The OSU study has affected them, too, and they know it’s essential to protect the CrossFit brand from misinformation used by both the ignorant and the malicious. 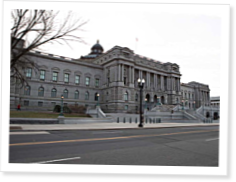 Too Cold To Run?

When your affiliate is located in a place with sub-zero temperatures, running outside can be a daunting order. Emily Beers talks to affiliates about how they program for frigid… Continue Reading

Going to Haiti: A Shift in Perspective

For five weeks this year, Emily Beers obsessed about the CrossFit Games Open—so much so that she became “a less-focused coach, a more scatterbrained writer, a more careless… Continue Reading