The words hung in the air: brain dead.

Only days earlier he was a strong, healthy, God-fearing 17-year-old who in little more than a year at his high school had become captain of the football team and boasted a 3.8 GPA. Zyrees Oliver planned to play college football. Then he wanted to go into the NFL—his path plainly divergent from that of his incarcerated father.

Now he lay unresponsive in a bed in the ICU of an Atlanta hospital, his mother struggling to comprehend the neurologist’s words.

Exactly two weeks after a previous hospital visit—on Aug. 5, 2014—Zyrees, having been responsibly following medical advice to hydrate as much as possible, passed out at a late-afternoon football practice, teammates told his family. They took him to the head coach’s office to rest, his aunt said in a written account provided to the CrossFit Journal. At around 9 p.m., the coach called Zyrees’ mother, Monique Oliver. She arrived to find her son lying on the office floor, having consumed 2 gallons of Gatorade and 2 gallons of water, according to the account. When the teenager rose from the floor, he vomited.

“I’ll be all right. I just need to lie down,” family members said he told his mother.

They were the last words he spoke to her. 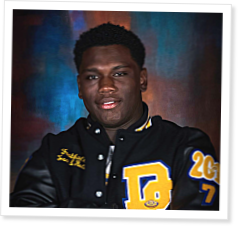 Drink According to Thirst, Scientists Advise

At first blush, it seems like a harmless statement: “Exercise is medicine.” Exercise… Continue Reading

The dogma is pervasive: Dehydration is bad.

For more than a decade, a group of scientists from around… Continue Reading

This is a tragedy. When I played ball we would do two a days and get an occasional water break. We would run go sip water from a led pipe with holes drilled in it. We thought it to be a form of torture, but maybe it was good. We never used to hear of such a thing happening until lately, maybe social media has provided more info, maybe things have just changed. I still don't think you can single out Gatorade. Whoever at crossfit has jumped on the hydration/dehydration soapbox needs to jump off for a little while and find something else to write about. Every other article is about drinking too much or not enough. Perhaps EDUCATION is to blame. Maybe we could write about all the uneducated coaches in CF causing injury. If approached the right way, I bet Gatorade would even pay for people to go around to athletic depts. and educate them on such a matter. Maybe Cf could even pitch in a few dollars to help fund education on this matter. Don't make this a witch hunt, we have enough of that going on in this world. Everyone wants to blame someone else, what we need is honest, open communication, accountability, and responsibility, NOT BLAME.

I'm in the same boat as Zane Jowers. Waterlogged referenced a dozen deaths between 1981 to 2009. That is 12 deaths in 28 years. This is a subject that we should be educated on, but we need to be critical when reading stuff like this. He drank 7 gallons of water in a day. Do you know how hard it is to drink 7 gallons of water in a day? I'm a triathlete, and even during a full Ironman I never drank that much water. I'm really disappointed with this article, because it felt like there was an agenda for the article. That agenda made this article stillborn in my eyes.

Hyponatremia is far more common than you portray. As recently as 2009 there was a 30% rate found at Western States: http://www.ncbi.nlm.nih.gov/pubmed/21941013

You can imagine the magnitude if 10-30% of American endurance athletes are hyponatremic. We're easily talking about hundreds of thousands if not millions of cases yearly. And these are unnecessary, entirely preventable, and driven by false marketing. And New Zealand and South African endurance athletes don't have this problem, any more, since they aren't as influenced by the American sports drink industry.

"We could find no association between the composition of fluids consumed and hyponatremia."

Gatorade or Nah? Did you read the article?

So it can't be ruled out, but the VOLUME is the larger factor at play here. I stand by what I stated earlier 7 GALLONS of water is hard to drink. Additionally, do you know how hard it is to choke down anything after 8 plus hours of physical exercise? Let me be the first to tell you that it is a HUGE challenge to put anything into your body at 8 hours plus.

"Excessive consumption of fluids, as evidenced by substantial weight gain while running, is the single most important factor associated with hyponatremia."

I really believe that excessive consumption of fluids is common sense for people. Will I be sure to educate my athletes on being smart about drinking fluids? Yes, but the number of articles regarding EAH recently makes me believe there is some type of agenda against the sports drink industry. I'm all about educating people, but make sure the information is accurate and as unbiased as possible. Also, I'm a big proponent of telling people: "Listen to your body."

You are exactly right - the volume of fluids that athletes consume is the problem. I don't know why you think we claimed that Gatorade is more dangerous to over-consume than water. We've not said that.

Rather CrossFit's hydration campaign has made the claim that Gatorade's hydration guidelines, and the guidelines of its sponsored organizations, are dangerous and misleading.

Both water and Gatorade are hypotonic fluids. Excessively consuming both Gatorade and water during exercise can cause hyponatremia and then EAHE, then death.