In one of America’s safest communities, an affiliate owner and his wife found themselves in a desperate fight for their lives. Andréa Maria Cecil reports.

There was no reason to lock the door.

In North Bend, Washington, no one locks the door.

“We haven’t had keys in 10 years,” Tennyson Jacobson said of her childhood home across from a farm at the base of Mount Si.

A picturesque place, North Bend is quintessentially Washington. It sits in the foothills of the Cascade Range roughly 30 miles east of Seattle.

In all of 2012, the city of 6,200 people reported one criminal homicide and zero residential robberies, according to the sheriff’s office.

So when a 6-foot, 220-lb. man approached the French doors of Jacobson’s parents’ house in May 2013, her first thought was to greet the visitor at the home’s entrance.

It was the last time she would leave a door unlocked. 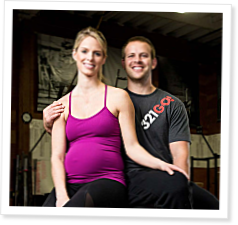 Diamond in the Roughhousing

With MLB playoff battles raging, Mike Warkentin looks at the anatomy of the bench-clearing baseball fight.

A precisely manicured ball field is a thing of beauty, and the best… Continue Reading

Amazing story of strength and will. This couple was put through the ultimate unknown and unknowable situation. And, they come out of the extraordinarily difficult experience safely because of their quick response to not freeze and be victims. Thank you for sharing your story with Andrea.

Thanks for reading, Ian!

There are wolves, there are sheep and there are sheepdogs. Welcome two more sheepdogs to guard the flock! If you guys end up reading this, don't you ever lose another wink of sleep, spend one minute on a second guess or wonder why...The bottom line is that it doesn't matter. There are consequences for actions, and he earned his. Always be prepared, and after handling that, you can handle anything. I commend you both.

What a great story of true toughness. You guys are awesome. I had a similar situation several years ago where I was attacked and in defending myself the attacker lost his life. I struggled with that for years and at times it still haunts me. But the fact remains we are responsible for our choices.He made his choice and it cost him his life. I made my choice and I am still alive today. Thank you not only for your example of braveness but also your braveness in sharing your story.