Locking It Down by Lon Kilgore - CrossFit Journal

Lon Kilgore examines the potential negative effects of licensing on the fitness industry—and those it serves.

Licensure for personal trainers has recently created a tremendous amount of banter, politicking and press.

In March 2014, Washington, D.C., became the first area to require licensure of personal trainers, although the law has not been enforced due to very confusing details and a subsequent review process. In May 2015, the Department of Health’s Physical Therapy Board—the governing body, according to the Omnibus Health Regulation Amendment Act—was still reviewing the act and its details.

Interestingly, President Barack Obama earmarked US$15 million in his 2016 budget for states to identify “areas where occupational licensing requirements create an unnecessary barrier to labor market entry or labor mobility.”

If the president is actively attempting to reduce frivolous employment regulation, why do people believe a license to work in certain occupations is needed? And what will happen if states actually begin to require such licensure? 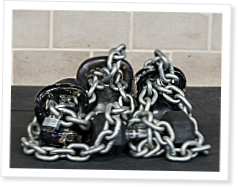 Locking It Down: Part 2

Certification and Licensure: Benefit or Liability?

Proponents of regulation fail to recognize the barriers to linking personal training to health care and third-party insurance payments.

As detailed in “Locking It Down,” the benefits of legislated licensing for… Continue Reading

Lon Kilgore reviews recent legislation affecting personal trainers and discusses what it might mean for CrossFit trainers and affiliate owners.