What does your CrossFit affiliate say to members without saying a thing?

Anthony’s truck sagged on the driver’s side as it approached my parking lot. The balding powerlifter had worn out its springs as surely as he’d worn out his welcome at every gym in town. And now it was my turn to send him away. I met him in the parking lot and placed my hand on his door before he could get out.

When I opened my second gym in 2008, my ideal clientele didn’t include powerlifters. I thought my powerlifting buddies would be a good source of revenue, but the powerlifters didn’t mix with the other members. They didn’t fit the culture I espoused, so I started to remove them from the gym. Anthony was the first to go. As he drove away, he said, “I thought you were different, man.”

He was right: I was different. While I had all the equipment, I wasn’t running a powerlifting gym. I was running—and I still run—a CrossFit gym. The difference isn’t the equipment but the culture.

Powerlifters, weightlifters and runners are all welcome here. Their goals outside the gym might be different, but the standard inside is the same: Make everyone else happier. Failure to meet that standard is the only reason I’ve ever canceled a client’s membership.

As CrossFit culture changes fitness and bleeds into the mainstream, the spectrum of new clientele is broadening. On one end, the infirm grandmother looking to tie her own shoes is attracted to functional movement; on the other, weightlifters seeking platform space are attracted to access and equipment. And many gym owners would love to have both groups working in collaboration. 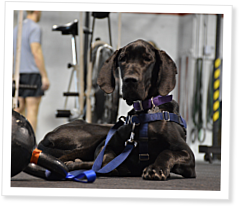 Great write-up Chris. Personally, it's very refreshing to hear other coaches talk about the struggles of filtering through the people who don't fit. I'm guilty of giving people a few too many chances to prove themselves to fit the character mold in or gym. But it is something I constantly evaluate. In fact, I wrote an editorial about it in the spring called "The Champions Club Checklist." In the same way that CrossFit has 10 general skills that can be developed and exposed through their program, we have 10 character traits that will do the same in our gym. Check it out if you get a chance.

Ps. powerlifters kind of piss me off haha. They're just a different breed of mammal sometimes