SB 1000 passed the Senate but ran out of time during the regular legislative session for the House to consider it. In February 2015, Monning again introduced the act—this time as SB 203. It failed to make it out of the Senate Health Committee. Monning called its failure disappointing and “a testament to the power of the (Big Soda) industry.”

During the next legislative session, which is scheduled to begin in December 2015, the senator from Carmel said he intends to revisit efforts aimed at reducing consumption of sugar-sweetened beverages.

Meanwhile, in New York state, Assemblyman Jeffrey Dinowitz, a Democrat from the Bronx, modeled his Sugar-Sweetened Beverages Safety Warning Act after Monning’s measure. Dinowitz introduced the bill in January. Two of the New York Assembly’s committees—Health as well as Consumer Affairs and Protection—held a joint public hearing on the bill in April. Dinowitz intends to vigorously pursue the measure come January.

In early November, CrossFit Inc. Founder and CEO Greg Glassman is scheduled to visit a handful of affiliates throughout California to rally support for a health-warning-label bill in the state where CrossFit is headquartered. 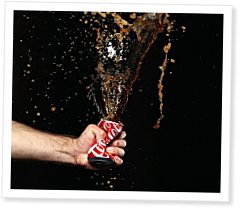 The way Jim O’Hara sees it, it’s just like the lyrics of… Continue Reading