Until 1980, approximately 12-14 percent of Americans were obese, but by the end of that decade the number had about doubled, reaching 22-25 percent. Similarly, diabetes rates tripled over the last 30 years to produce 347 million worldwide cases. Obesity has become an epidemic, affecting children, putting a strain on our health-care system and introducing previously unheard-of conditions such as non-alcoholic fatty liver disease.

In the ’70s and ’80s, scientists and the media engaged in a lively discussion about the health effects of sugar versus those of fat. Scientists pointed to the links between high sugar consumption, diabetes and heart disease.

“All of a sudden this debate sort of stopped,” said Michèle Hozer, director of the documentary “Sugar Coated.”

By the ’90s the low-fat craze swept the country, and consumers became fat-phobic, ignoring the high amounts of sugar that went into making the low-fat treats.

“And I thought, ‘Well, what happened? Did we get this collective amnesia? Why did this debate stop?’” Hozer asked. 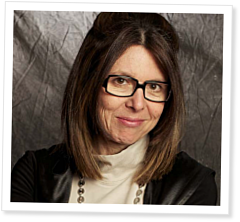 A wall of nutritional supplements can be incredibly seductive.

Americans struggle with unruly and jam-packed schedules that don't allow them to live nutritionally healthy lifestyles. I'm of the opinion that people don't want to be unhealthy, but they do want convenience - and one trumps the other in the majority of cases. It often takes an outside source to tailor a nutritional regimen for a person, motivate them to change their routine, and hold them accountable to stick to it - otherwise the stress/laziness will take over again. Some areas are more prone to health than others - for example, in Salem, Oregon, nutrition coaches are dedicated to helping people make that mental change that will make them want to follow their customized nutrition programs, so as to benefit the community one person at a time.