Regulation of nutrition practitioners is intended to protect the public, but critics suggest it reduces the innovative thought needed to fight obesity.

Amanda Petroccione thought she wanted to be a registered dietitian (RD), but Petroccione was disheartened when her studies highlighted flaws in a program designed to produce nutrition experts who lead the industry. During her time at the State University of New York (SUNY) at Potsdam, she had the opportunity to work with an RD in a hospital and was surprised by blanket prescriptions and food she said she thought was inadequate.

RDs are regulated by the Academy of Nutrition and Dietetics (AND). Petroccione said she suspects one of the reasons the AND promotes what she considers ineffective nutrition guidelines is to protect the companies who fund it. Over the years, the AND’s sponsors have included companies such as Coca-Cola, PepsiCo and Hershey’s.

While the AND denies sponsorship influences its position on health and nutrition, a July 2013 International Business Times article by Christopher Zara argued that “anyone with a digestive system” has the right to be suspicious.

“The nation’s nutrition industry has been hijacked by the very companies whose products most contribute to our obesity and health problems,” Zara wrote.

Petroccione said the fact that Coca-Cola funds the AND made her wary of some of the concepts she was learning, such as the total-diet approach in which all foods can be good foods with moderation.

“That tells the public it’s OK to drink Coke,” she said. 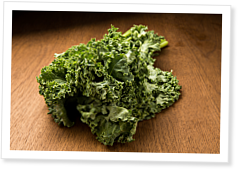 It was just one short paragraph, but those five sentences have become the basis of… Continue Reading