Bill dies in committee but supporters say anti-soda legislation is just a matter of time.

The effort to pass a recently failed bill requiring health-warning labels on sugar-sweetened beverages in California is a marathon, not a sprint, said sponsoring Sen. Bill Monning.

“While it’s obviously a disappointment that we don’t have an immediate vehicle … we won’t just lie dormant. We will use 2016 to continue to educate members, and I think the most powerful persuasion for members here (is) in their districts,” Monning told the CrossFit Journal on Jan. 15.

He might be right. On Jan. 13—the same day Monning withdrew Senate Bill 203 for consideration by the Senate Health Committee—Field Research Corp. released a statewide poll stating that 78 percent of voters support a warning label on sugary beverages. That’s a slight increase from 2014, when 74 percent of California voters supported such a measure.

Monning, a Democrat from Carmel and the Senate majority leader, first introduced the Sugar-Sweetened Beverages Safety Warning Act in February 2013 as Senate Bill 1000. The bill passed the Senate but ran out of time during the regular legislative session before the House could consider it. In February 2015, Monning again introduced the act—this time as SB 203. It failed to make it out of the Senate Health Committee.

Although Monning didn’t have the votes in the Health Committee to get the legislation to the Senate floor this year, he said he remains cautiously optimistic about 2017, when lawmakers will receive new committee assignments.

“My intent (is) let’s use the 2016 campaign season to inject it as a campaign issue in California,” he said. 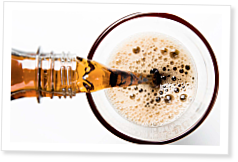 The name comes from the rural… Continue Reading

1 Comment on “Soda Warning Label Still on Agenda in California”

Random Question:Are Crossfit Boxes supposed to discriminate/refuse to renew memberships from the disabled,recovering alcoholic/addict,TYPE 2 DIABETIC, and Sexually Abused who are looking for an outlet to transform themselves physically and mentally?

AFTER the Athlete joined a Crossfit Box, disclosed his/her issues upfront, The Head Coach attended a 12-Step Meeting with the new athlete to show support. The Athlete even offered the Box's Owner/Co-Owner a chance to talk to their Doctor/s and share medical records to determine if they're still fit enough Physically and Mentally to participate in Crossfit Training(Owner/s declined to take that opportunity), and so the Owner's could see if they could Adapt or Accommodate their health issues which may have changed over time.