At first blush, it seems like a harmless statement: “Exercise is medicine.” Exercise, after all, is good.

Exercise Is Medicine (EIM)—registered trademark—as promoted by the American College of Sports Medicine (ACSM), however, is not a great thing, Ruskin noted.

“ACSM is an organization that is somewhat aligned with Coca-Cola, so this is a part of Coca-Cola’s effort to deny its responsibility for the epidemic of soda-related diseases that have plagued our country,” he said.

EIM is one of the ACSM’s major initiatives. The Coca-Cola Co. is the program’s first founding partner, noted ACSM CEO and executive vice president Jim Whitehead in 2012.

Central to the EIM initiative is the notion of doctor-prescribed physical activity.

That is a problem, noted Greg Glassman, CrossFit Inc. Founder and CEO.

“When exercise is medicine according to Coca-Cola, then CrossFit is nothing short of medical malpractice,” he told an audience on Nov. 12 at CrossFit Downey in Southern California when touring affiliates as part of the “California Invasion: Rally to Fight Big Soda.” 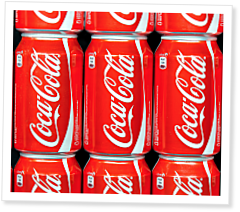 In December 2013, CrossFit offered its first women-only Level 1 Seminar. It was two days in Dubai that hinted at rebellion, equal rights and a movement still at its infancy… Continue Reading

In this two-part series, Andréa Maria Cecil explores women in sports and what supporters and critics have to say about the contentious Title IX legislation. In Part 2, Cecil investigates the… Continue Reading