The debate over whether sugar-sweetened beverages cause a host of metabolic derangements is akin to the one on global warming, said Harold Goldstein, executive director of the California Center for Public Health Advocacy.

“You might be able to find somebody that says global warning isn’t man made … but they probably are the only person,” he joked.

When it comes to linking sugary drinks to health concerns, scientists are no longer choosing the word “contribute,” Goldstein noted, but “cause.”

“The best scientists in the country are now clear that sugary beverages cause diabetes, obesity, tooth decay, heart disease. It’s now met the scientific criteria to show that it’s a direct cause.”

Attorneys for the City and County of San Francisco know as much.

On Feb. 23, they filed a legal opposition in the U.S. District Court for the Northern District of California to the American Beverage Association (ABA) motion for a preliminary injunction on a San Francisco ordinance. The municipal measure requires health-warning labels on ads for sugary drinks. The ABA—the trade group that represents the country’s nonalcoholic beverage industry—on July 24 filed suit against San Francisco. Joining the suit are the California Retailers Association and the California State Outdoor Advertising Association. They claim the ordinance violates the U.S. Constitution’s First Amendment, which guarantees multiple freedoms, including speech.

In its opposition, the city flatly refuted the association’s claim that the ordinance defies the First Amendment. 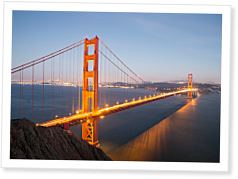 1 Comment on “San Francisco to ABA: Sugar-Disease Link Is Clear”

The fact that sodas cause diabetes,heart disease, etc is very well known.Less known is that most of the products marketed as "healthy" are nearly just as bad. The issue here is that knowing alone wont stop the large majority of people from buying them. We need them to realize that being healthy does not mean that you have to starve yourself or eat bland, unpleasant meals. After changing my lifestyle, I actually enjoyed most of the meals much more than before. Not only did they taste great, but also I did not feel lazy, or tired anymore. I had much more energy and was always in a better mood. I do think that people just don't know what they are missing. Only after seeing severe health issues will they even consider changing their diet.
Anyone who is reading this should really consider picking up this guide/book - http://3c3c1v5itf1vip2evdjcu1uo8q.hop.clickbank.net/