Weight a Second: Balance and the Bar by Mike Warkentin - CrossFit Journal

Weight a Second: Balance and the Bar

Mike Burgener offers quick tips to correct errors in the snatch and clean and jerk.

Most of us have seen the guy who can do a kettlebell swing with a 300-lb. barbell. The lift is called a clean, but it lacks the grace and speed evident when skilled lifters pulls their bodies around and under a perfectly placed bar with lizard-like speed.

While ugly, the swinging clean is impressive because the lift likely requires more raw strength than cleaning 300 lb. properly. But it’s really the equivalent of using a sledgehammer to drive a finishing nail into a cabinet, and the lifter would no doubt be able to move larger loads more quickly if he or she put them in the right place with efficient mechanics.

While it’s tempting to immediately attribute the error to an early scoop, Mike Burgener of CrossFit Weightlifting suggests coaches pay more attention to athlete positioning before the bar even leaves the floor.

“One reason athletes jump forward is because of their setup,” he said. 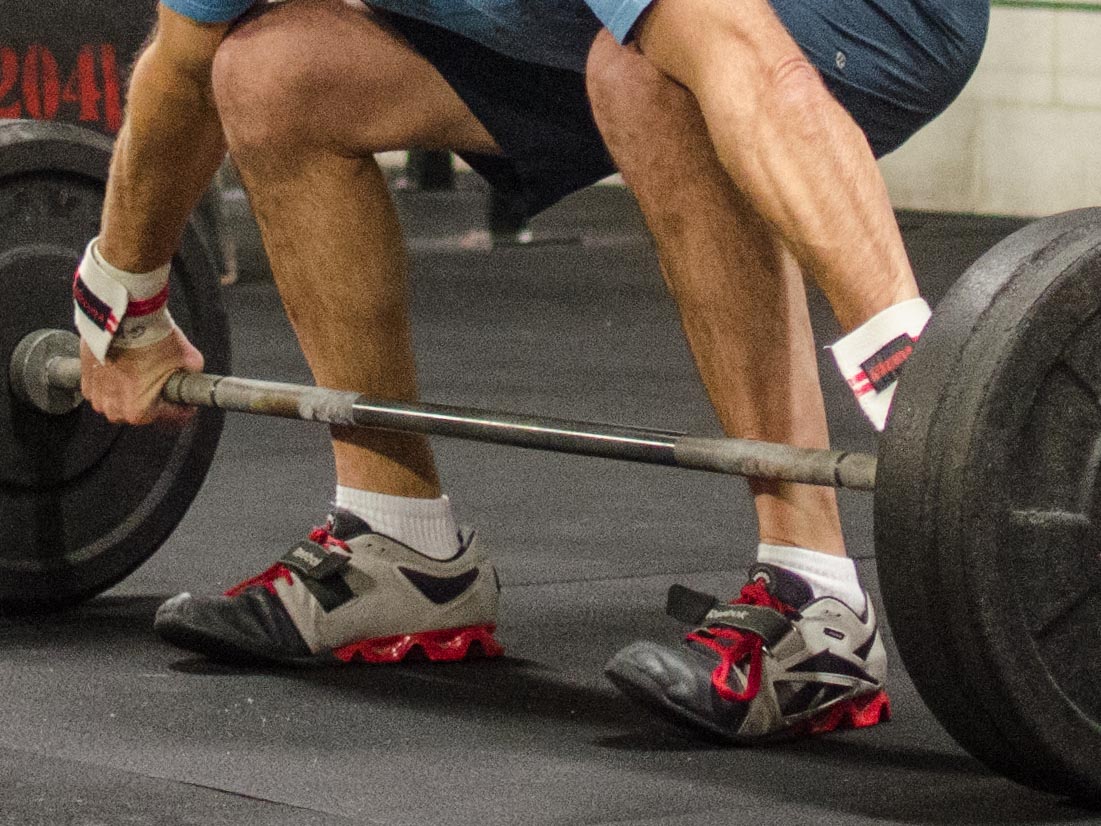 If the toes are up in the setup, it can be very difficult to get the knees out of the way of the bar during the first pull.

Burgener said he teaches athletes to have the balance of their weight on the mid-foot, with a subtle shift just behind mid-foot as the knees get out of the way of the bar during the first pull.

If athletes do not balance their weight properly in the setup, it’s very difficult to get the bar in the correct spot. If the weight is too far back toward the heel, it can be impossible to get the knees out of the way—a fact that sometimes sends very aggressive pullers limping to the first-aid kit with trickles of blood running down their shins.

If the weight is too far forward toward the ball of the foot, the hips often shoot upward during the first pull and pressure increases in the forefoot. At that point, it’s very inefficient and nearly impossible to get the weight back in the right spot, and the “lifter” is more accurately a passenger who’s going to have to employ brute strength and a bit of luck to find a way under a barbell that’s flung away from him or her. The bar is, in effect, pulling the athlete—not the other way around.

“When they go to jump that barbell or explode that barbell, the bar goes way out in front and they have to go jump forward to get it,” Burgener said.

To fix the error, Burgener said he makes sure the athlete has the weight centered in the middle of the foot from the setup to the end of the first pull. When the bar is at the knees, the weight is balanced from the middle of the foot to slightly back of mid-foot. That balance would ensure that a coach could neither pull nor push an athlete forward or back at the hang position. 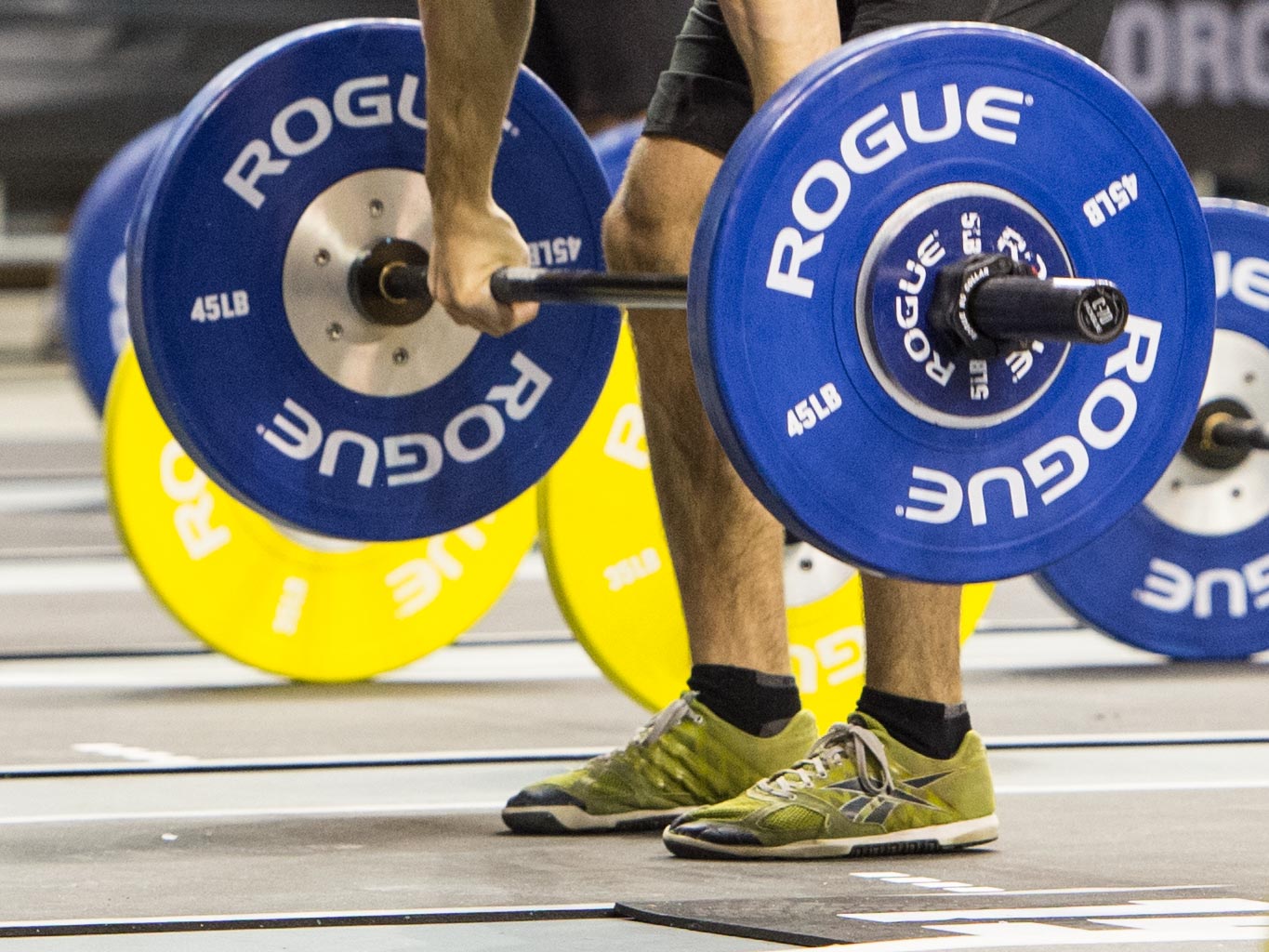 Take a close look at the heels. If the weight has shifted to the balls of the feet during the first pull, it’s unlikely the lifter will be able to correct his or her balance later in the lift.

“If … the weight is on the balls of the feet off the ground to mid-thigh and I went to pull him, he’d be automatically pulled forward. And if I wanted to push him (from behind), the same thing would take place,” Burgener explained.

The coach said some athletes need to be cued to put the weight back on the heels—an exaggeration that sometimes helps drive home the point. But it’s also not uncommon for the “weight back” cue cause athletes to pull their toes off the floor and place all the weight in the heels. That error also leads to a lack of balance, and overcompensating athletes should be cued to keep the weight centered. 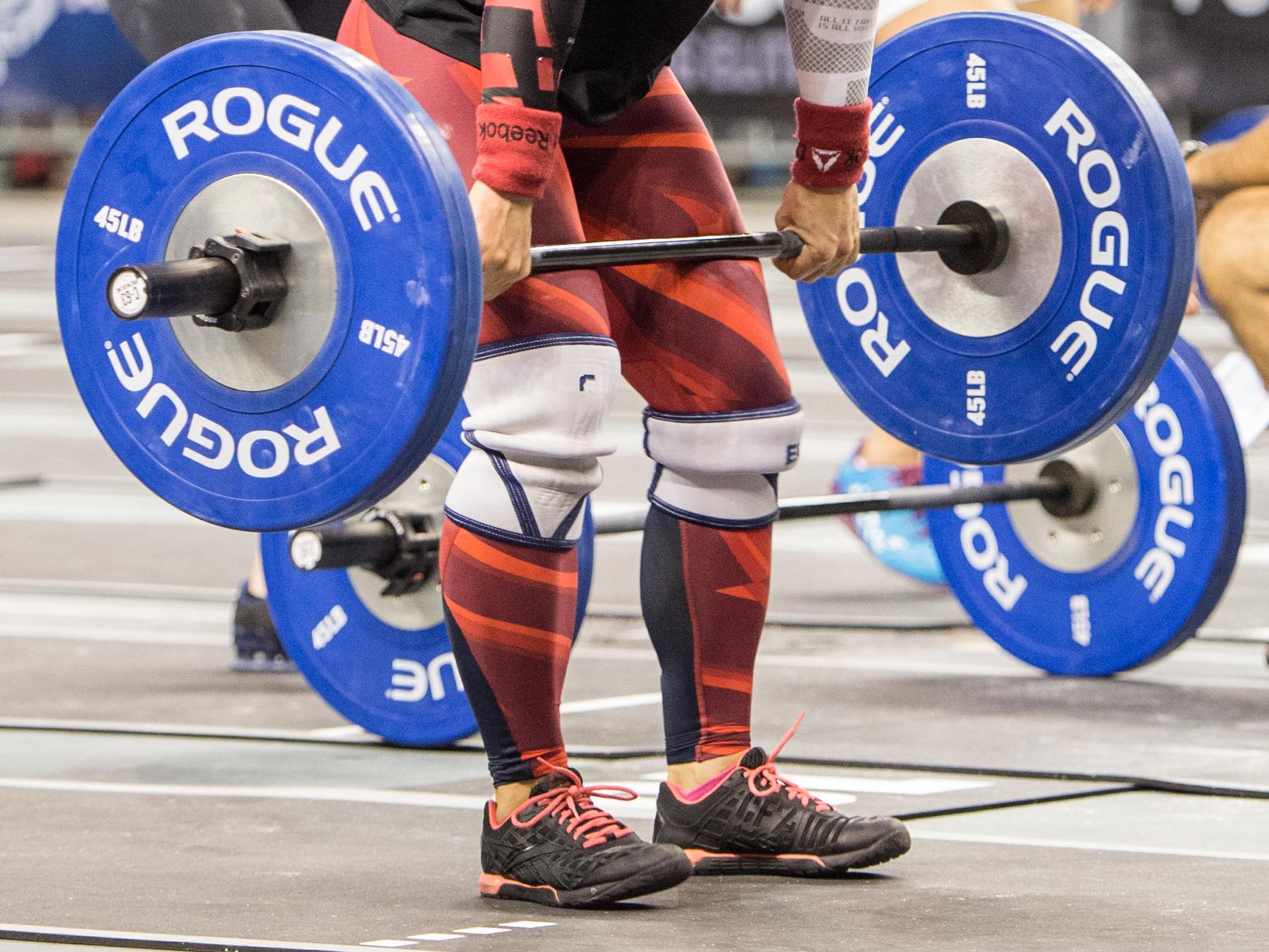 Rocking back on the heels is an error that’s sometimes caused by overcompensation when athletes are cued to keep the weight back.

Finally, some athletes who get the weight in the right spot don’t keep it there long enough, shifting forward when the weight should be held back just behind mid-foot.

“Now he’s rolling on the balls of his feet too soon … and he’s not letting that bar clear his knees. He’s not staying back and he’s not driving off the full foot. He’s trying to go too fast, and as soon as he starts extending the hips the weight shifts too much forward, and now he’s not going to be able to get that adequate finish without swinging the bar.”

Burgener has often said 90 percent of all missed lifts are attributed to the feet, but it’s something that’s easy to forget when athletes start moving and barbells and body parts distract the eye.

Coaches are encouraged to evaluate lifters like a builder evaluates a house: If the roof is crooked, make sure the foundation is level.

About the Author: Mike Warkentin is managing editor of the CrossFit Journal and founder of CrossFit 204. 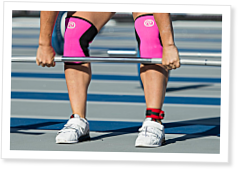 On Day 3 of the CrossFit-USAW Open in Colorado Springs, Coach Greg Glassman was standing in the… Continue Reading

Bill Starr died April 7 in Maryland. He was 77.

Starr first contributed to the CrossFit Journal with the… Continue Reading