Mike has done some research and writing on controversial topics regarding the state of the American Health industry. He regularly takes on Big Pharma and the FDA and FTC. His website is read by over 1 million people every month.

He brought up a $10k challenge he issued to Big Pharma. Last year he challenged ANY pharmaceutical company to produce one person in all of America who is on the top 5 drugs prescribed by doctors to beat him in a fitness throw down.

The next show will be Friday, January 30, 2009 at 6pm PST. The interview will be James Fitzgerald (OPT). 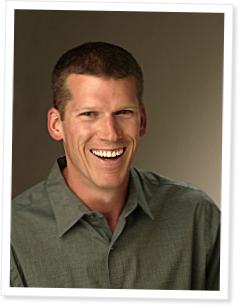 This was a very interesting interview ! Can't wait to hear some OPT's insight.

I am one solid listener out of the 15, keep up the great work Neil and JJ (especially the intro line) !

Great Interview Neil and JJ!! Really enjoyed that. I'm very much in favor of you guys straying outside the CF community once in a while with a guy like Mike. I would love to hear an interview with Gary Taubes, Michael Eades, Art de Vany, and others in the nutritional world. Also, I'd be interested in interviews with Greg Everett, Bill Starr, Louie Simmons, and anyone else in the fitness industry who has quality experience and knowledge to see how their view aligns/differs with the CF mentality.

I love the podcast. I'm a newbie and I can't get enough of the show. I listened with great interest to this interview, and, just to be safe, researched Mike Adams on Google. While almost all the links were glowing, I found this one that wasn't so much:

I know there's two sides to every story, so I wanted to know what you guys thought. Whatever the case, mad props to you both and keep it up you Wallballing SOBs.