A Mandate and an Opportunity by Andr&#233;a Maria Cecil - CrossFit Journal

In this two-part series, Andréa Maria Cecil explores women in sports and what supporters and critics have to say about the contentious Title IX legislation. In Part 2, Cecil investigates the effects of Title IX on women and men and explains CrossFit’s approach.

Former U.S. Sen. Birch Bayh once said, “Title IX is rather simple: don’t discriminate on the basis of sex.”

But the federal legislation has been anything but.

While there is no shortage of people who credit the 41-year-old mandate with championing equal opportunities for girls and women, members of a growing constituency say interpretation of the law has had detrimental effects on boys’ and men’s sports.

“I would describe it as a federal law that actually changed the whole landscape and culture in the United States,” says Kathy DeBoer, executive director of the American Volleyball Coaches Association. DeBoer spent 23 years in intercollegiate athletics as a coach, administrator and fundraiser.

She adds: “I think it’s impossible to look at the culture of the United States in terms of women’s education attainment and women’s professional attainment without looking at Title IX. It was groundbreaking. It was landmark. It’s never been replicated anywhere in the world.”

Part of the Education Amendments of 1972, Title IX says: “No person in the United States shall, on the basis of sex, be excluded from participation in, be denied the benefits of, or be subjected to discrimination under any education program or activity receiving Federal financial assistance.”

Leo Kocher is fine with that language.

“It was the kind of law that no one had a problem with,” explains the president of the American Sports Council, a 10-year-old organization seeking reform of Title IX regulations. “No one wants to see sex discrimination. But it eventually got twisted by special interests.” 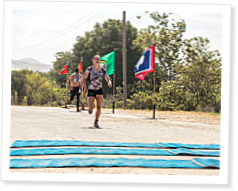 I Believe in Zombies

Andréa Maria Cecil advises you prepare for the Zombie Apocalypse not just with weapons, but with fit people.

2 Comments on “A Mandate and an Opportunity”

"Title IX, that so-called guarantor of equality between the sexes on college campuses, and as applied by a recent directive from the Department of Education's Office for Civil Rights, has obliterated the presumption of innocence that is so foundational to our traditions of justice. On today's college campuses, neither "beyond a reasonable doubt," nor even the lesser "by clear and convincing evidence" standard of proof is required to establish guilt of sexual misconduct.

These safeguards of due process have, by order of the federal government, been replaced by what is known as "a preponderance of the evidence." What this means, in plain English, is that all my son's accuser needed to establish before a campus tribunal is that the allegations were "more likely than not" to have occurred by a margin of proof that can be as slim as 50.1% to 49.9%."

There's a reason why men's lacrosse is not a D1 sport anywhere near the west coast despite being a hot bed of talent and the "fastest growing sport in America".