Not Taking It Sitting Down by Maureen O&#8217;Hagan - CrossFit Journal

Not Taking It Sitting Down

In the spring of 2013, Kelly Starrett and his wife, Juliet, volunteered to help out at their daughter’s elementary-school field day in Marin County, California. The experience was eye-opening.

Far too many kids seemed to be physically compromised. They saw kids who couldn’t get themselves into burlap sacks for the sack races, much less hop to the finish line. They saw kids whose running mechanics were a mess. Specifically, they were heel striking—something they weren’t doing before first grade. As a doctor of physical therapy, Kelly recognized a mechanical fault that could lead to lifelong issues. And it was also a symptom of something much larger.

At the ripe old age of 7, 8 and 9, the children were already showing compromised hip function, yet the Starretts had seen these same kids running around like champions a few years earlier. So what had happened?

Kelly, who runs San Francisco CrossFit and leads the CrossFit Mobility Trainer Course, chewed on the problem for a while. He thought about the elite athletes he trains and what he’s learned working with them. He thought about kids and their daily activities. And he came to a conclusion: “We were forced to confront sitting.”

Confront, indeed. That day at the sack races has led the Starretts down a path they hope will start a nationwide standing revolution—beginning in the first grade. 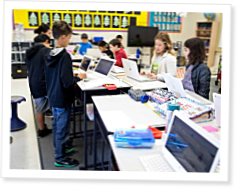 “So it might be pretty obvious that CrossFit is all about (the) musculoskeletal system, cardiorespiratory system, but what isn’t as obvious is the effect of exercise on the brain,”… Continue Reading

Dr. Jonathan Gary offers an introduction to the cell biology behind increasing glucose uptake into cells.