Lon Kilgore reviews academic literature on periodization from 2000 to 2015 and finds little support for the NSCA’s contention that classical periodization is superior.

Academic evaluation of periodized training has historically been quite limited, and very few experimental papers on the topic were produced before 2000. Attention was firmly affixed to endurance training for heart health as weight training and high-intensity training were not accepted means of improving cardiac health. As a result, very few (less than a dozen) actual experimental papers were produced on periodization of exercise in the latter part of the 20th century. Virtually all Western thought on the topic was rooted in theory, not data.

It’s often difficult to have a coherent discussion regarding periodization because people generally do not get weaker or less fit when they train regularly on a periodized program. That fact provides many people all the ammunition they need to hold up periodization as the gold standard for training.

Conversely, people generally don’t get weaker or less fit when they use a non-periodized program or a program based on a periodization plan different from Leonid Matveyev’s classical variation.

Without comparative data, the argument cannot be settled. Even though periodized programs have lots of anecdotal and some experimental evidence supporting their effectiveness, significant comparative data must be present for someone to definitively say a system of programming—classical periodization, for example—is best. Prior to 2000, there was virtually no such data. 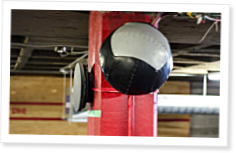 Lon Kilgore takes a look at the machine that produces fitness professionals, and he doesn’t like what he sees.

The problem with sport, exercise and fitness certifications is that they propose to… Continue Reading

In Part 1 of this series, Lon Kilgore examines the research behind one of the sacred cows of strength and conditioning.

Periodization is king of all exercise-programming methods.

The Measure of Man

I recently watched a video from a CrossFit seminar, which talks about periodizing for the games, which seemed to use and praise a block periodization model. From part 1 and part 2 of these papers it seems clear how you aren't writing off periodization, but you also aren't endorsing it for CrossFit.

This is where my confusion lies, would you say block periodization is a beneficial training method for the CrossFit athlete? Is there evidence supporting this with CrossFit also?

I don't think the author is making a claim either way. Rather, he is attacking the assertion by the NCSA that classical periodization is the only way to go when approaching strength and conditioning training. He then goes on to purport that Crossfit, as a community, is trying to broaden the set of tools available to fitness professionals and their clients.

The author misses an opportunity at the end to propose potential experiments to support or disprove the NCSA's assertions OR provide support for Crossfit's claims. Perhaps, Crossfit HQ could start to look at supporting research to determine how different training methodologies stack up against each other in as controlled a fashion as possible.