Twenty-two veterans will kill themselves today, according to the nonprofit group Iraq and Afghanistan Veterans of America (IAVA).

Officially added to the third edition of the “Diagnostic and Statistical Manual of Mental Disorders” in 1980, post-traumatic stress disorder (PTSD) is a relatively new name for a condition that’s been around as long as war. Unfortunately, its popular image is one of weakness—picture a crazy old shell-shocked uncle in wartime comedies—and few seek help.

After battling a visible enemy, many veterans return home to find they’ve brought an unseen foe with them. Can coached fitness supply an ally in the fight on the home front? 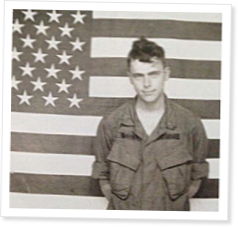 “The first thing I thought was, ‘How’s my face doing?’ because this is how I make my money.”

Very well written. Thank you Chris for bringing this to the attention of so many.