With frivolous licensure threatening the fitness community, Brittney Saline investigates how regulation has failed many other industries.

Isis Brantley began African braiding as a child, practicing skills learned from her mother on neighbors in a small, impoverished community in southern Dallas, Texas. She has made her living braiding since 25, and in 1995, at 36, she opened her own salon.

Then she got arrested.

The date was Oct. 13, 1997, a Monday. Two women entered her store, inquiring about a consultation. After a few moments, one of them reached into her jacket pocket and pulled out a badge, telling Brantley she was under arrest for braiding hair without a license.

At the time, braiding hair in Texas without a state-issued cosmetology license constituted a criminal offense. Though braiders use only their hands and no chemicals or dyes, becoming a legal braider required 1,500 hours of cosmetology training, which doesn’t include braiding instruction. Regulation continues to this day, with 24 states requiring braiders to become licensed as cosmetologists or hairstylists as of July 2014.

Imagine a world in which CrossFit affiliate owners could be arrested or fined a hefty sum for teaching the air squat without government permission. The concept is not too far-removed from reality.

On March 26, 2014, legislation requiring licensing of personal fitness trainers went into effect in Washington, D.C., with the Omnibus Health Regulation Amendment Act. Among nine occupations addressed in the law, the legislation holds personal and athletic trainers accountable to a to-be-determined set of government-mandated licensing fees and standards of practice, potentially overseen by the D.C. Department of Health’s Physical Therapy Board. Enforcement of the law is currently on hold as officials rework many of the details.

Though similar legislation introduced in nine other states failed to pass, longstanding efforts by lobbying organizations, including the American College of Sports Medicine and the National Strength and Conditioning Association, indicate that the fight is yet in its first rounds. 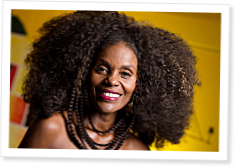 In the inaugural episode of Offline, an unscripted presentation of guests debating controversial subjects in the CrossFit world, the topic is CrossFit.com and other CrossFit Inc. media… Continue Reading

Shelter From the Storm

Going to Haiti: Welcome to McDonald

In July 2012, Stockton, Calif., became the largest U.S. city to file for federal bankruptcy protection under Chapter 9. The same year, it ranked 10th on a list of most dangerous cities in the… Continue Reading

Although Haiti is one of the most impoverished countries in the Western world, Emily Beers is eager to make the trip to gain some perspective on her life, which was previously filled only… Continue Reading