It’s not the occasional 8-oz. soda that’s worrisome. It’s the fact that most people who drink soda guzzle much more than just one, noted Marion Nestle, professor of nutrition, food studies and public health at New York University.

“Some studies find that even one 12-ounce soda a day is associated with an increased risk for type-2 diabetes,” Nestle told the CrossFit Journal.

This is part of what motivated the City of San Francisco to pass two ordinances—both enacted last month—one of which requires a warning on sugar-sweetened beverages: “WARNING: Drinking beverages with added sugar(s) contributes to obesity, diabetes, and tooth decay. This is a message from the City and County of San Francisco.”

On July 24 the American Beverage Association filed a lawsuit against the City and County of San Francisco, claiming the municipality’s two ordinances violate the First and 14th Amendments. The suit came as little surprise, said Scott Wiener, a member of the city’s Board of Supervisors and author of the warning.

“We expected the soda industry to file suit against the health warning legislation. This legislation is groundbreaking—the first time any government has required health warnings in connection with sugary drinks. The soda industry has unlimited resources and has proven over and over again that it will do and spend whatever it takes to prevent communities from taking bold action to protect residents from the health consequences of consuming sugary drinks,” he wrote in an email. 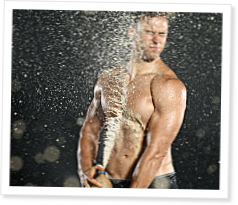 The way Jim O’Hara sees it, it’s just like the lyrics of… Continue Reading

Indeed, it seems that today's society needs a boost in educated nutrition. Yes, we need to be warned of the dangers of a high sugar diet since we seemed to have lost track of how to properly fuel our bodies. There is a thin line that the City of San Francisco has ventured to cross. So far, they are taking firm steps. Sugar is not a new drug and it can justly be regulated by a health conscious government, which also warns on the dangers of tobacco and alcohol products.