The Battle for Mexico by Hilary Achauer - CrossFit Journal

The Battle for Mexico

Government and CrossFit affiliates fight against Big Soda in a nation where sugary beverages are part of the culture.

“The average family in Mexico (eats) breakfast with soda,” said Pablo Romo, owner of CrossFit Lava in Mexico. “They eat (lunch) with soda, they eat dinner with soda. Soda all the time.”

In 2011, Mexico led the world in soda consumption, with an average per capita consumption of 43 gallons per year. Unsurprisingly, the country also leads the world in adult obesity. As of 2014, more than 70 percent of adults in Mexico were overweight and 32 percent were obese, according to the Organisation for Economic Co-operation and Development.

The country has the world’s highest death rate from chronic disease caused by sugary drinks, and Mexico City’s secretary of health, Armando Ahued Ortega, expressed concern that the high rate of diabetes is causing Mexico’s health system to collapse.

A few years ago, those concerned about public health in Mexico saw disaster looming and fixed their sights on soda. 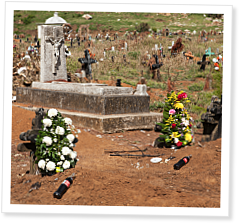 Until 1980, approximately 12-14 percent of Americans were obese, but by the end of… Continue Reading

2 Comments on “The Battle for Mexico”

Soda for breakfast, lunch, and dinner... hey!, that sounds like me... mark me as unhealthy until further notice.

Seriously though, as a kid, soda was part of every meal. And back then, I never saw that as a bad thing. I remember that my grandmother used to keep about three cases of glass Coca-Cola bottles in the corner somewhere. Each case held about 48 bottles, and whenever we ran out of soda, we would take a case full of empty glass bottles and trade it in for a new case of glass bottles full of Coca-Cola. And it would only cost us about $5-$10, or 50-100 pesos (Mexican currency).