The “energy balance” is a myth. You can’t outwork a bad diet.

Though Mathews has trained at CrossFit Armoury for the past three years, a desk job in sales convenience trumped cleanliness when it came to nutrition, and his 30 unbroken pull-ups soon dwindled to less than a handful.

Despite his commitment to training, a diet dotted with pastries and ice cream—a Dairy Queen is just down the road from the gym—has held him steady at nearly 30 percent body fat.

“I know it’s horrible for me,” he said. “I’ll always (plan to) start eating healthy again tomorrow … but there’s not enough tomorrows to make up for the amount of bad I’m doing to myself.”

Though Mathews reports that 75 percent of his diet is clean, “Just one or two (sugary) meals seems to sabotage me,” he said. “It doesn’t matter how many times I work out. It seems like those calories are a lot harder to push out.”

The soda industry would have you believe otherwise. 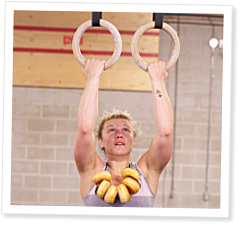 On Nov. 19, a group of about 20 college students in San Francisco, California, managed to do what countless community leaders and… Continue Reading

Sugar and Diabetes: Myths and Misleadings

Type 2 diabetes has become a global epidemic. Despite growing evidence implicating sugar as its cause, Big Soda and… Continue Reading

3 Comments on “The Sugary Albatross”

I have to retract my comment. I didn't realize the actual article was in the PDF. I thought the entire article was the text above.

Thank you for this article. Strangely, not too many have actually deconstructed the energy balance myth. I did so here: http://www.responsiblefoods.org/energy_balance_is_a_myth