In September 2011, Adam Gottlieb walked into P3 CrossFit, John McPherson’s affiliate in Houston, Texas. Under the supervision of one of P3’s trainers, Gottlieb performed a free introductory workout that consisted of a 500-m row, 40 air squats, 30 sit-ups, 20 push-ups and 10 pull-ups. Gottlieb became nauseated during the session and vomited, but he finished the workout and went home.

Later that day, he was admitted to the hospital, and he was released four days later with a differential diagnosis that included “exertional rhabdomyolysis.”

In many ways this is a simple story. A pair of personal-injury attorneys saw CrossFit as a ripe target, so they crafted a story of loss and hardship caused by a reckless and indifferent fitness company and its affiliate. They filed suit, the suit went to trial, and they lost.

But to anyone with a vested interest in the health of the CrossFit community, the story is much larger: This lawsuit was the first of its kind, and our anticipation of its arrival included setting up our Risk Retention Group (RRG) in 2009.

Commercial insurers might have cut costs by settling this claim rather than fighting it because they have no interest in defending the CrossFit name and program. They simply want to minimize losses, and settlements often cost less than going to trial. This approach would have set a dangerous precedent that would have opened affiliates up to attack from unscrupulous individuals who see easy money on the table.

CrossFit and the RRG were ready for the lawsuit and fought for a ruling that would preserve CrossFit’s reputation and deter additional attacks. By responding immediately and vigorously, the RRG ensured that the correct precedent was set for the future.

For more info on the CrossFit RRG, read “Rhabdo Redemption and RRG Proof of Concept,” by Dale Saran. 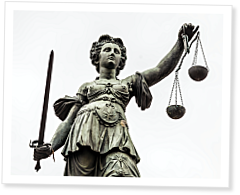 The End of Tolerance

Certification and Licensure: Benefit or Liability?

CrossFit questions the leadership of the fitness and exercise-science communities.

“Consume the maximal amount that can be tolerated.”

The line seems innocuous at first, just a recommendation in a 1996… Continue Reading

Lon Kilgore reviews recent legislation affecting personal trainers and discusses what it might mean for CrossFit trainers and affiliate owners.

Lon Kilgore examines the potential negative effects of licensing on the fitness industry—and those it serves.

Licensure for personal trainers has recently created a tremendous amount of banter, politicking and… Continue Reading

Good story Russell and I'm glad for coach McPherson. I cannot even fathom the kind of discomfort and unrest him and his gym was feeling.

I do have a question about the hearing, if you wouldn't mind sharing. I'm just wondering how much the waiver was taken into consideration? The reason I'm asking is I've always heard things like, "Any lawyer can find loopholes in any waver," or "All a waiver will do is buy you three days."

I admit I'm not as organized and strict on waivers as I probably need to be, and I was just curious as to how you think it effected the outcome of the trial.

Again, great story and thanks for sharing it.

Hey Russel B.
Just wanted to notify you of an incorrect affiliate name on the title of your story.
The incident did not occur at CrossFit Victorious. It states it occurred at P3 CrossFit.
I'm the Owner of CrossFit Victorious, can you please make the correction.

They meant CrossFit Inc was victorious in the lawsuit in Texas. Not it happened at CrossFit Victorious.

How can you square-off against the truth and expect to win? Great article Berger.

Hey Matthew,
It has been corrected by the editors. Earlier it only states CrossFit Victorious in Texas.
Mike workinton made the corrections upon our request. Thanks CF Inc.

In this particular case, I do think the liability waiver helped. It is true that a release of liability is not bulletproof, but when a smart jury sees that the plaintiff signed a document mentioning the risk of rhabdomyolysis, it's hard to ignore. Also, it is important to realize that each state has different laws and legal precedents regarding how liability waivers should be considered.